Are you a new client?

Our client portal is a secure way for you to transfer and store files that pertain to your account with us. 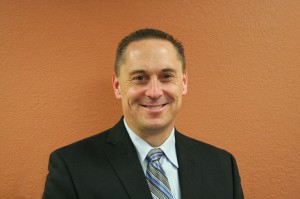 A Kendallville business got that stomach churning letter indicating a federal tax audit was necessary.  The Fort Wayne field office was handling the exam and a young auditor made the drive north. Who would know at the time that letter would eventually spark a friendship, then a relationship and finally a new accounting business was born in Kendallville.  That IRS examiner was Allen Nelson.  He partnered with a local PA (Public Accountant, a designation that no longer exists), and practiced in partnership with him for about three years.  After that period, the partners decided a split was in order and went their separate ways.  What we knew as Allen R. Nelson, CPA began in 1968 out of the circumstances described above.

After graduation, he started his career auditing local governmental units with the Indiana State Board of Accounts.  He gained experience in cities, towns, counties and school corporation audits as well as audits of federal funds under federal guidelines.

Wanting to gain public accounting experience, he moved to T.L. Wagner, Professional Corporation in Fort Wayne.  There, in addition to GAAS audits of private companies, technical experience was gained in all areas of public accounting, specifically compiled and reviewed financial statements as well as corporate and partnership income tax preparation.

A chance meeting at a continuing education class in December 1991 re-introduced him to Allen Nelson from Kendallville.  He knew Mr. Nelson from his days of growing up in Kendallville as they both attended St. John Lutheran Church.  A casual conversation led to a meeting in January 1992 about the possibility of joining Allen Nelson’s firm.  That decision came to fruition in February 1992 and Scott joined Allen R. Nelson CPA in March on 1992.  The premise of their meeting that prior December was that Allen “didn’t need another employee, but wouldn’t mind if someone could eventually take over.”

In 1993, after a trial of ten months to ensure compatibility, Nelson & Frick P.C. was born they practiced at the office at 119 W. Mitchell St. in Kendallville.  The partnership continued until May 1996 when Scott purchased the remaining interest owned by Allen Nelson.  Sadly, Allen passed away that following October.  As a tribute to him, the name remained unchanged until August 2000.  When the practice moved to its current location at 113 N. Main St., and pursuant to the wishes of Allen Nelson’s family, the name was changed to its current name of Scott R. Frick CPA, P.C.

Scott is a member of the AICPA and the Indiana CPA Society.   He’s also served on the boards and is past President for both the Kendallville Rotary Club and the Kendallville Chamber of Commerce.  He currently serves on the Stewardship Committee at St. John Lutheran Church and is on the Board of Directors of Community State Bank.

Scott lives in Kendallville with his wife and 3 children and his 2 dogs, Lexy and L.C.  He is an enthusiastic fan and supporter of Indiana University.  He enjoys time with his family, Bible Study and the Beatles.

What clients are saying

In 2008, I changed accounting firms to Scott R. Frick, CPA after one meeting with Scott. I received more information and guidance to save money in our first hour together than I had from my previous 28 year accounting relationship. Scott and company have since helped guide me through hiring an associate and the process of transition into partnership with ease and great coordination with legal personnel. I highly value the relationship we have developed on all levels.